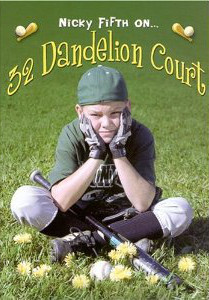 In 32 Dandelion Court, Nicky Fifth learns that, despite his protests, his family is moving to New Jersey. Thanks to his not-so-well-informed friends, he expects to spend his first summer collecting tolls and pumping gas.